Web development and Android development are the two most emerging career sectors for developers. These two sectors require different skills, have different markets and, above all, have diversified possibilities of use. You can get in touch with Web Development Agency in London

In this article, we are going to discuss and compare web development and Android development!

Web development involves coding, designing, and operating applications and websites. A competent web developer is expected to design and develop a user-friendly website with easy navigation. The programming languages ​​needed for web development are HTML, CSS, JavaScript, etc. Web development can be divided into three categories:

Frontend web development: This is the design of the web page, that is to say the appearance of the site, the insertion of content and the specification of the different navigation modes.

Backend web development: It is the management of database and programming on the server side. It basically maintains all the data that is entered and processes the data to display the result to the users.

Fullstack web development: It is a combination of frontend development and backend development. The fullstack developer deals with the design of the websites as well as the maintenance and processing of the data entered.

It is used to create web sites and applications. Building websites is easier than building apps. It requires almost the same kind of skills and technicalities for each hardware and operating system, but when it comes to web applications, you will have to acquire specific skills for each operating system.

We can say that web development can be difficult or super easy, it depends on the direction you take. You can start with the basics like HTML and CSS, doing the general design or using a template like WordPress or Joomla for website development.

Mobile development is harder to learn and work with than web development. Although it also depends on the type of mobile app you want to create. Unlike websites, mobile apps are platform-specific (except cross-platform development with Kotlin Multiplatform , Flutter , or React Nativ ) and you need to have a different skill set and expertise for each platform. You need to have totally different skills and expertise to start working on iOS and Android.

To develop an application on the Android platform, the Android developer has more freedom because it is an open-source platform, which is not the case for the iOS developer. Android development is a bit more complex than web development. For Android programming, the Java language is used which requires more coding than the Swift programming of iOS.

The developer is not only responsible for creating the websites, but he must also manage the websites from the backend and keep them in optimal condition. The e-commerce trend is also on the rise, making it urgent for businesses to create an online portal that helps them access their customers. Almost every business that wants to reach customers, build a positive brand image, and increase sales needs a web developer. Good developers also know how to manage website SEO.

The demand for mobile developers is growing rapidly in the market. Businesses are turning to mobile apps to be easily accessible to customers. Whether it is Android development or iOS development, the career in these two fields has good prospects. There is no doubt, the mobile development sector is very large and growing. The mobile developer market is also experiencing remarkable growth.

It  is a very versatile field that allows you to use your coding and programming expertise in different niches. Web developers are more versatile than mobile developers. By familiarizing yourself with popular languages ​​like PHP, Java, CSS, C++, Android or C#, you can get started in frontend development, backend development, e-commerce site development, social media development, etc. So it can be said that this development gives more freedom to play around with things and a developer has more flexibility to work on different online applications.

Here are some of the most popular programming languages ​​for web development.

JavaScript: JavaScript is the most popular and widely used programming language for building websites. It is also used to create desktop applications and games. JavaScript can run on all major browsers without a compiler or plugin. It is a highly structural and dynamic language.

PHP: PHP is a server-side scripting language, which can be used for web development and other programming platforms as well. PHP is an open-source programming language that can be embedded directly into HTML.

Ruby: Ruby is a dynamic programming language, which can be used to create web and mobile applications. It is an open-source platform which is very simple and easy to understand.

Here are some of the most popular programming languages ​​for mobile development:

Buildfire.js: It uses the Buildfire SDK and JavaScript for mobile apps. Buildfire is a programming language that is very easy to learn, highly scalable and can be operated on an existing platform. 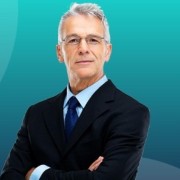 Inspirational Websites for Motion Designers in 2022

A Helpful Guide on the Common Types of Websites