Every mobile app development company is expected to earn more than $935 billion in revenue by 2023, primarily through paid downloads and in-app advertising. As a result, businesses are being encouraged to develop mobile apps to expand their operations.

Mobile app development tools are a type of technology that makes it easier to create apps by providing features such as an integrated development environment (IDE), code-free programming, templates, API, data synchronization, and analytics.

It expedites the application’s development. These products feature APIs that make it simple to interface with backend services. These platforms or frameworks are made up of a variety of technologies. Those technologies allow for the development, distribution, and hence upgrading of mobile applications on various platforms. It is capable of handling all parts of development, such as design, coding, deployment, integration, and testing.

Android Studio appears to be at the top of the list of developers’ favorite tools as the official integrated development environment for all Android applications. In 2013, Google introduced Android Studio. The Eclipse Android Development Tools (ADT) has been superseded, or should we say eclipsed? Android Studio is a drag-and-drop interface for modifying code, debugging, and testing. In addition to Google, it is free to download and is backed by a huge and active community of Android developers.

IntelliJ IDEA from JetBrains is a development environment use in increasing programmer productivity. It is highly quick and includes a comprehensive set of development tools. IntelliJ IDEA costs $149 per year. There is, however, a free, open-source community edition accessible, and students can obtain the full extended version for free for one year. The developer may define a range of tools and libraries with the Android SDK, allowing the construction of the greatest Android apps with IntelliJ IDEA. All of this contributes to a seamless Android app development process.

Xcode is used in development of native mobile apps for platforms including iOS, macOS, and iPadOS. This official tool is excellent for creating iOS and macOS applications. Mobile app developers can build and distribute an app through the Apple App Store.

To construct an app, the developers will need a text editor, a compiler, and a build system, all of which are included with Xcode. This makes it easier to build, compile, and debug iOS apps, as well as distribute them. It also offers the best mobile app development options for creating an app.

AppCode is an integrated development environment (IDE) for programming languages such as Swift, Objective-C, C, and C++. Users can add or develop their plug-ins in AppCode.

It also aids every mobile app development company in automating repetitive operations and detection and correction of potential problems. As a result, the developers will be able to produce native iOS apps faster and provide a similar asset to a business.

The Java command-line utility Transporter is well-known. This strategy is used to distribute large catalogs. The developers can effortlessly distribute media material like TV episodes, movies, programs, books, and music across several platforms as a developer.

The transporter allows delivery of pre-generated content to various destinations such as the App Store, Apple Books, iTunes, and Store Package. Developers will require an App Store and iTunes Connect account, and an encoding house account, to do this. The Transporter offers installers for macOS, Linux, and Microsoft Windows in a single package for simplicity of installation.

React Native allows native app development without having to lose the user experience. This mobile app development tool supports coding languages such as Java, Swift, and C++. Furthermore, React Native may reuse up to 80% of a single code base. It also enables developers to create apps rapidly while providing the best possible experience across several devices.

Flutter is a mobile development platform that lets you design a unified user experience for iOS, Android, and Windows. The expressive and adaptable user interface toolkit of this open-source software library serves helpful for the developers. Instead of sharing a codebase, the cross-platform app developer can make use of Dart languages to design apps that perform as well as native apps.

Developers may utilize the JavaScript programming language to make application development easier. Ionic is an excellent solution for creating web, iOS, and Android apps that use web technologies such as SASS, HTML5, and CSS. Ionic also has high-quality touch-optimized gestures and AOT compilation.

Xamarin includes a variety of tools, programming languages, and frameworks for creating mobile apps. The current data access and business logic layers are platform-independent as well. This.NET platform has the following capabilities,

Unity is the greatest choice for developing gaming applications since it generates high-quality visuals that give your customers a complete user experience. Without needing to write code, your development partner may utilize the sophisticated Bolt Visual Studio to design logic for games or apps.

Appian distinguishes itself by the combination of a low-code platform and an intelligent automation platform. This reduces the task’s complexity and speeds up the app development process. This will be a breeze with all of the pre-built interfaces and APIs.

OutSystems is a platform that contains all of the tools needed to create and deploy mobile and web apps. This will also help with the administration of multichannel business apps.

As the demand for mobile applications grows, so will the number of mobile app development tools and solutions that assist developers in saving time while creating higher-quality apps. What is the best tool for creating mobile apps? A number of elements influence it. The recommendations aforementioned will definitely make you wise about what you want. So, now you have to choose the tool that best suits your requirement. Also, the mobile app development company that serves right for your business needs and is adept at your go-to platform. 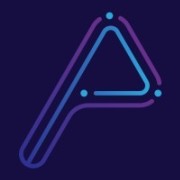 What Are the Different Types of Elevators?

How to Train Your New Puppy: A Guide for Beginners

Importance of Prayer Rugs In Islam For Muslims