The Canadian higher education system is one of the best in the Western Hemisphere. Canada competes directly with the United States of America as a leading higher education destination for students all over.  With more than 642,000 international students in 2020, Canada ranks 3rd globally as a favourite destination for international students. Nevertheless, the country is home to numerous prominent colleges, universities and professional academic services, which offer instant homework help and urgent essay & assignment writing services.

As a direct consequence of the autonomous higher education system across provinces, the quality, organization and framework of education differ across cities around Canada. This article explores the best higher education cities across Canada.

The Best Cities For Pursuing Higher Education In Canada

The structure of higher education in Canada differs across its ten provinces as per organization, territorial history, governance, funding, participation, access, and even geographical challenges.

However, any higher education aspirant must consider several factors when choosing the right city for pursuing education. Essential amongst them is the cost of living, quality & ranking of the institutions, culture, and socio-economic factors like people, living conditions, transportation, etc.

With that in mind, here are some of the most popular higher education destinations in Canada.

According to iSchoolConnect.com, Montreal ranks 09 in the QS 2022 rankings of the world’s best student cities.

Montreal has many esteemed universities and is a hugely popular choice for pursuing higher education in Canada. The numbers indicate that Montreal is one of the best higher education destinations in the country.

A downside is that Montreal is not the most affordable city in Canada. However, the standard of living in the city is relatively high and offers a blend of various cultures to students. Some of the most renowned universities are McGill University, Concordia University, Montreal College of Information Technology, Polytechnique Montreal, University of Montreal, HEC Montreal, etc.

Cost of Higher Education: The average tuition fees of an undergraduate program can be around $11000 to $60000 per year. Prices differ across courses and universities. The cost of living may be as high as 3000 CAD.

Toronto, the capital of Ontario, is world-renowned for being a popular hub for international students.

There are numerous prominent universities across Toronto such as The York University, University of Toronto, George Brown College, Ryerson University, Humber College, etc. In addition, the city has a highly diverse culture, with around 50% of the population belonging to the minority community.  Ranking 13th in QS World Rankings 2022 as the best cities for higher education, students from all across the world come to Toronto to take part in higher education courses.

Cost of Education: Undergraduate and post-graduate courses across Toronto’s universities have an average tuition fee of 12000 to 50000 Canadian dollars per year.

With breathtaking sceneries and landscapes, Vancouver is a popular tourist destination and a leading higher education destination in Canada.

Cost of Education:  The average tuition fees in the city of Vancouver are in the range of CAD 10000 to CAD 26000 per year. Housing rent in the city ranges from 600 CAD to 2000 CAD. If you need thesis help online from experts then visit us

The capital of Canada has a host of world-class educational institutions and ranks 45th in the QS World Rankings.

Ottawa is a diverse city with people hailing from across the world. The city’s populace is very friendly towards international students, making Ottawa a favourite destination for individuals from Europe, Africa, Asia, etc. There are many job opportunities, ease of transportation and a highly affordable cost of living. Universities such as The University of Ottawa, Saint Paul University, Carleton University, Dominican University College, Algonquin College, Saint Paul University, etc., dispense quality higher education across numerous disciplines such as engineering, natural science, applied science, and social science sciences, law, management, etc.

Rental prices in Ottawa have risen relatively high in recent years. However, they are comparatively quite low concerning other cities across the country.

Cost of Education: The average tuition fees for universities across Ottawa can be around CAD 11000 to CAD 50000 per year. The monthly expense of living in Ottawa is around 110 CAD.

Renowned for its mesmerizing architecture and a distinctive European feel, Quebec is the French-speaking capital of Canada.

Listed among the best cities in Canada, Quebec City has a rich, vibrant culture and is famous for its endless celebrations. The city has the lowest employment rate among all other cities in Canada. This is a testament to the excellent higher education and job opportunities available across the cities. Students find Quebec City to be economical with a perfect educational system. It ranks 113 in the QS World Rankings 2022.

Some of the most prominent universities in the city are Laval University, TELUQ University, Cegep Garneau, Cegep de Sainte-Foy, Champlain College, Morrin College etc.  Tuition and rent are pretty cheap, and crime rates are some of the lowest in the country.

The capital of the province of Manitoba, Winnipeg, is an essential regional centre in the Canadian prairies.

Winnipeg is a major metropolis of the country with a solid economic foundation.  The city has a primary retail industry that caters to a diverse market, from boutique to low-cost discount stores. Winnipeg ranks 19th in the list of best cities fur pursuing higher education in Canada, according to Studee.com.

Cost of Education: Tuition fees of universities in Winnipeg are 10000 to 60000 Canadian dollars. Rent services are, on average, within 800 CAD to 1500 CAD, much higher than Quebec City.

According to LifeinCalgary.ca, Calgary boasts of the second-highest level of educational attainment.

And, those were some of the best cities for pursuing higher education in Canada. Hope this article was informative and enlightening enough for all readers alike. Come back here next time for more write-up on varied, exciting topics.

Author-Bio: Michael Haydon is a higher education counsellor working with a reputed organization in Alberta, Canada. She is also a part-time tutor at MyAssignmenthelp.com, a prominent academic service provider that offers everything from financial statement analysis assignment help to machine learning projects. 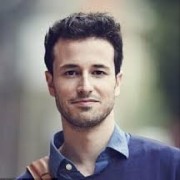 Which is the best institute for nebosh course in Pakistan?

How To Know What To Do Before Choosing Engineering As A Career?