Depression and smoking Smoking is the biggest cause of deaths in the United States, accounting for more than 480,000 deaths every year, or about 1 in 5 deaths.

Smoking can temporarily put you in a good mood but in long term it can harm you mental and physically.

How Smoking Effects on the Brain

When person smoking, nicotine reaches the brain within 10 seconds and remains active for about 20 to 40 minutes after it is inhaled

This quick change in mood can be more visibly understood when a smoker is trying to stop smoking.

The withdraw from nicotine usually results in anxiety, depression, and irritability.

Smoking does have many aversive side effects though a major one is that smoking blocks the carotid artery.

It was once thought that smoking increased concentration. Still, recent research shows that it does the opposite one study at the University of Michigan found that thinking, problem-solving, and IQ decreased with tobacco use.

Researchers discovered that three different brain areas were activated in smokers that craved a cigarette. These smokers had other motivations to smoke

This study revealed that the thalamus is activated in smokers that smoke to relieve stress.

Is there a link between smoking and depression

A New Zealand study indicates a cause-and-effect link between nicotine addiction and the mental affliction known as depression.

The study, which evaluated 1200 people born in 1977 for nearly a quarter of a century, found that those individuals who reported at least five symptoms of nicotine dependence demonstrated depressive symptoms that were more than twice as high as those of individuals who were free of the addiction.

Professor David Ferguson of Otago University at Christchurch, who led the study, said that nicotine might cause neurotransmitter activity to changes in the brain, leading to an increased risk of the mental affliction.

These days, the physical health risks of smoking use are well known, but most people don’t realize the effect of smoking on their mental health.

Many Veterans turn to tobacco in an attempt to cope with bad moods and stress. But any relief from smoking is only temporary.

It can increase pressure and prevent some medications for depression or anxiety from working as they’re supposed to.

It can cause severe mental and physical illness in a long time, such as depression, anxiety, overthinking, eating disorder, cancer, etc.

By ditching cigarettes, you’ll find something better than a temporary fix. Quitting smoking can reduce stress and anxiety and improve your overall mood.

Tobacco smoke contains over 7000 chemicals, including hundreds that are toxic in about 70, causing cancer.

Mainly three chemicals are especially dangerous that’s tar, carbon monoxide, and nicotine. Nicotine is an addictive chemical that gets into the bloodstream and travels to all parts of the body, including the brain.

When someone smokes cigarettes, the nicotine that they inhale gets absorbed by the blood that’s in the capillaries in the lungs, and then it gets delivered to different parts of the body when the heart pumps it in the arteries.

Whenever nicotine is in your bloodstream and ultimately makes in a way to the brain, it activates receptors in the brain’s reward and motivation center.

This nicotine gives pleasurable feelings, but over time, the brain needs more and more nicotine to get more pleasant feelings.

Also read:- What is the Use of Prebiotic and Probiotic Capsules?

Why You Should Quit?

The moment you stop smoking, you give yourself the chance to have a healthier and longer life. Getting all that toxins and chemicals out of your body reduces your risk of having the diseases elaborated in the previous chapter, most notably heart attack, stroke, respiratory complications, and cancer.

Quitting smoking not only helps in the improvement of your physical health but also your mental health. When you stop, it reduces the risk of mental health issues such as depression, Alzheimer’s, and other stress-related problems. And although not an illegal drug, the substance nicotine in tobacco is still a drug that causes addiction. Like other addictions caused by other medications, being addicted to nicotine is not pleasant.

It interrupts your everyday normal function, and you become dependent on nicotine, crippling you when you can’t have your dose. Without being addicted to nicotine and cigarettes, your life is much more comfortable.

How to Quit Smoking

But they’re only helpers. You ask ten people who’ve quit smoking how they quit, and there’s probably going to be 10 different answers.

But if you sort through those answers and get down to the nuts and bolts of how they quit, there is one way that people quit, and that is to solve the two problems that smoking is: smoking is nicotine addiction, and smoking is an addiction to a habit or a series of routines.

When people get addicted to smoking or tobacco, they start by getting addicted to the drug nicotine. And then they start using this product repeatedly, and it gets wound up in all the routines of their life, and it becomes part of who they are and what they do every day, every few minutes of every day.

And when you quit smoking or using tobacco products, you get away from the nicotine. So you’re going to go through nicotine withdrawals, which is a given. And we have products out there that help that.

But you are also going to go through the withdrawal of changing all the routines in your life. And there are no nice little neat boxes you can purchase to help solve those problems.

The products we have on the pharmacy shelf don’t fix that. So when people do quit, they solve both of those problems. Way too many times, people put way too much focus on the nicotine and forget how to change or alter life routines. 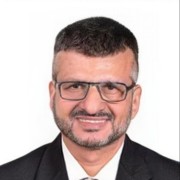 Gummies Benefits | What are the Benefit of Gummies for me?

All About Alphonso Mango