Can you point out a single person who is not into messaging apps? Probably, the answer will be a no. Messaging apps play a big role in our everyday chores. Be it your friend or your teammate, or your parents, you choose a messaging app to text them.

Using these messaging apps is so simple that you can pass all your messages instantly. Even though Signal and WhatsApp are two big players, there is still a strong need for a powerful messaging app.

Why do people prefer using Signal over other messaging apps?

In developing mobile apps, it is ultimately important to consider data security and hacking. A small development flaw leads to large amounts of data getting corrupted. Signal, developed on the RedPhone and Textsecure application model, is the most secure messaging app.

The Signal is funded by a non-profit organization. They receive their funds through donations. The messaging app allows users to chat through one-to-one messages and also group chats. Apart from this, the app also lists a variety of stickers that the users can send in between their texts.

Signal supports file transfer for the users to share their files like photos and videos. The users can also video chat and voice-call their friends through the app. When it comes to group chat, the app allows a maximum of 1000 participants and eight members for a group call.

The best part about Signal is that it offers the utmost security and privacy for the users. All the messages that are transmitted through the app are built with end-to-end encryption. This means the data cannot be read or reached out by others. Moreover, the app owner itself cannot access it.

When other messaging apps could not guarantee the security for the data, Signal, on the other hand, provides utmost security. The Signal does not focus on the revenue aspect of the app. Unlike other apps, they do not promote advertisements in their app.

Why is it important to incorporate end-to-end encryption in your Signal clone?

While developing a messaging app, do not compromise the security aspect of the app. End-to-end encryption is the key factor that decides the standard of your Signal clone app. When the message is sent through a sender’s device, it is in encrypted form. And when it reaches the receiver’s end, it becomes decrypted.

So in your Signal clone, the messages will be encrypted. Only the private key users can read the messages. This makes the data stored in the server no use. These data are so complex in nature, and even the servers with public keys cannot read those messages.

In order to secure the data, you have to build your own encryption protocol to prevent you from reading the messages of the users. So, only those users involved in the messages can view the message content.

The must-have features for your Signal clone

There are certain features that make the Signal clone unique from other apps. Let us see the important features of the app.

Signing in with passwords every time is a long-haul process. A complex registration process makes users stay away from an app. So, your Signal clone should enable the users to register swiftly using their contact number. Instead, encourage your users to use OTP to sign in once.

The Signal clone should ensure to protect the messages with end-to-end encryption so that the hackers can’t hack the messages in between. The receivers can only read those messages.

After signing in with the app, the contacts from the mobile phones will be synchronized with the app. This process is automated making it easy for the users to send text messages.

Unlike apps like Telegram or Snapchat, you should allow your users to set a date limit for the messages. On that particular date, the app will delete the messages automatically. However, this prevents users from taking screenshots of the messages.

One cannot avoid the security factors of a messaging app. Encryption and security are not as easy as it looks. You can employ the Signal API to minimize the cost you spend on app development.

This is one of the important features of a messaging app. So you have to be careful in securing the app. Ensure to provide the utmost data security even for voice and video calls because you might earn business owners who share data through Signal clone.

By mistake, sometimes the users might send the wrong messages to the other user. At that time, the Signal clone should support them with delete for all options. So that the users can delete the messages before it reaches others.

If the users want to forward a message to everyone, they need not have selected each contact individually. The user can create a broadcast media and share the messages and media in a single go.

How to get started with your Signal clone?

Once you are ready with your agenda and goals, approach the app developers. If you wish to develop your app from ground level, it will take you 5 to 6 months to complete.

Instead, if you opt for app development companies developing cloned apps, you can launch your app in no time. I would suggest you go with a Signal clone script. This is because they are ready-made apps and are cost-effective.

The messaging app market is witnessing huge demand. So, this will be the right time for you to invest in a Signal clone app. As discussed, find the right app developer’s expertise in software development to develop your viable Signal clone app. 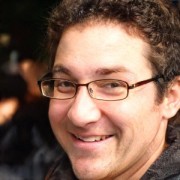 Reasons Why ReactJS is best for Web Application Development

Top Reasons Why To Prefer Android For Mobile Application Development?