While the number one thing everyone associates Las Vegas with is gambling, it is a destination boasting diverse content that greets over 42 million visitors per year. It is also a super gay-friendly location that held its first PRIDE Parade in 1997. Moreover, due to Nevada allowing same-sex marriages, members of the gay community from throughout the US have used its wedding chapels to officialize their relationships as legal unions. Vegas also has multiple gay-oriented hospitality venues and a famed nightlife zone east of the Strip, affectionately nicknamed the Fruit Loop.

Hence anyone gay, lesbian, bisexual, or transgender interested in coming to the World’s Entertainment Capital to test their luck on games of chance can rest easy knowing that there will get adequately welcomed in more than a few of its gaming establishments. Though, those unfamiliar with casino games should always practice online before their trip, as stepping onto a casino floor as a total newbie is never a good idea. Below, we rattle off the four best casinos, per player reviews, that LGBTQ people should consider when they find themselves in Nevada’s most populous city.

Initially owned by the Maloof family, a prominent Vegas business clan, the Palms opened its doors in 2001 on 4321 West Flamingo Road, with the Greenspun Corporation and Stations Casino as minority owners. It quickly became a popular place amongst young adults and celebrities due to its nightclubs and restaurants. In 2005, it added a 40-story Fantasy Tower that featured a movie theater, a musical venue, a high-rise condo-hotel, and a Playboy Club.

Gaming action in this complex happens inside a spacious 95,000 square foot area that houses over fifteen hundred gambling machines. The Palms offers many fabulous dining options, and it has a food court that is open 24/7. Groups interested in staying here can book the resort’s infamous bachelor party suites and know that relaxation is always available at the Palms’ luxury spa. Starting from the spring of 2022, the San Manuel Band of Mission Indians will operate this resort.

Opened in 1979 as the Barbary Coast, the Cromwell got its current name in 2014, when Caesars Entertainment renovated this property, located on 3595 South Las Vegas Boulevard. It provides a boutique hotel with 188 rooms, a retail sportsbook, the EatWell and Giada restaurants, and a gaming floor that stretches 40,000 square feet. It is a compact and classy casino setting where guests get treated to complimentary coffee and tea.

The Bound, the lobby bar at The Cromwell, is not to be missed by cocktail fans as its menu was put together by renowned mixologist Salvatore Calabrese. This complex is also home to the famous after-hours beach bar – Drai. It is a place all desert party devotees should check out to take in its one-of-a-kind trendy dimly-lit late-night shindigs.

Wynn Resorts, the operator of the Wynn casino, also runs the Encore on 3121 South Las Vegas Boulevard. It is a luxury hospitality complex built on the site of the old Desert Inn Resort that connects to its sister property, the Wynn. The Encore is an FTG five-star resort that has gotten the AAA Five Diamond Award every year of its existence (since 2008). Patrons often remark that this hotel and casino complex has exquisite floral arrangements that complement its décor rich with golds, greens, and reds. Many of the suites here boast floor-to-ceiling windows that offer staggering views of the City of Lights.

Undoubtedly, Encore’s indulgent amenities make this resort one of the most popular and romantic places to stay in the US. It has an opulent spa with a mosaic-studded hammam and multiple temperature-controlled jacuzzis. The Fruit Loop, the previously discussed Vegas gay area, is only a fifteen-minute ride from the Encore, whose staff often recommends the Fun Hog Ranch to LGBT visitors. Encore’s Blush nightclub hosts many LGBT events, and anyone can book their same-sex ceremony to get held here.

The thirty-story pyramid hotel-casino situated on the southern end of the Strip on 3900 South Las Vegas Boulevard is one of the city’s most recognizable sites. It began operating in 1993 and has since expanded several times. It now boasts a room capacity of 4,407, plus 442 suites. The Luxor has it all, starting from a 120,000 square foot gaming space to five bars, a spa, a pool, a movie theater, a fitness center, and a food court with five eateries.

What is particularly noteworthy about this spot is that it hosts a weekly LGBT pool party called Temptation Sunday. Plus, it runs a gay fashion show titled Closet Sundays at its CatHouse lounge. The Luxor also has a wedding chapel that features a special Pride offer for LGBT people. 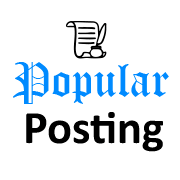 Fortune Coins — What to Expect From a New Sweepstakes Casino

How To Choose An Online Casino In Malaysia?

Simple Yet Effective Tips to Win at Online Roulette

Are Old Poker Chips Worth Anything?