Everyone knows that solar energy is the cleanest form of electricity for your home. When it comes to installing and setting up these systems, an important choice before you would be between a grid-connected and off-grid system. To maximize the benefits of a grid connected system, you should pay special attention to solar net metering. This system minimizes your monthly outgoings in terms of the electricity bills payable. So, let’s take a closer look at this system.

How does Solar Net Metering Work?

During the day, the solar panels produce much more electricity than your home may require. Most solar systems generate the highest amount of electricity during the afternoons but the usage at this time is minimal. In most homes, power consumption is highest in the evenings. Thus, instead of letting this electricity go to waste, you can share the power generated with the main power grid. When electricity flows from your home to the main grid, the meter runs backwards.This energy can then be distributed from the power grid to homes and commercial enterprises nearby.

Thus, the meter runs backwards and forwards. At the end of the month, your bill is generated on this net reading. In most cases, it is minimal if not zero.

There are many immediate and long-term benefits of net metering. This includes:

Net metering gives customers control over their monthly expenses. It is a great opportunity to lower your electricity bills without compromising on the comfort assured by electricity.

Solar net metering can add value to the DISCOMs as well as end users. For DISCOMs, net metering reduces the peak load demand in the day and minimizes the risk of load shedding. By participating in net metering, you can also reduce wastage of power. When power travels across distances, a certain percentage is lost. When you share power generated by your system with the main power grid and, this, in turn, is shared with your neighbors, the distance travelled by electricity is greatly reduced. Thus, the wastage is reduced too. As the customer, it’s the best way to save money and invest it into better ventures.

Solar power is dependent on the sun’s intensity. Thus, it cannot generate electricity at night or during seasons like the monsoons. If you were not to set up a net metering system, you would need to connect the panels to batteries. This can be expensive and is a recurring expense since batteries do not last for more than 10 years at most. Thus, you save costs not only on the monthly bills but also the battery.

With net metering you stay connected to the main power grid even though you can generate electricity independently. Thus, you can get power at any time of the day or week. It takes care of the daily differences of electricity generated and used as well as seasonal differences.

Most importantly, net metering plays a critical role in reducing your carbon footprint and contribution to pollution levels. It helps build a greener world and preserves the environment.

Getting Started with Solar Net Metering

With all the benefits offered by this system, it would be unwise to invest in solar power but not install a bidirectional meter. With net metering you can save costs and protect the environment around you. So, when you design your solar panels and inverters, ensure that the installation company also sets you up with a net metering connection. 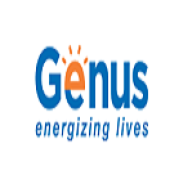 Java And The Internet Of Things: Understanding The Connection