Ever since the dawn of the digital age, hackers have been coding all sorts of malicious software. This malicious software can sometimes cause financial loss invasion of privacy. To prevent yourself from such damage, it’s advisable to get the latest antivirus and antimalware software installed on your PC. You can get it done by contacting Augusta Computer Experts in Evans, GA.

The Creeper virus is so old that we haven’t even coined a term to describe it when it first came out. Recognized as the first computer virus, the Creeper developed in 1971. It seemed harmless for those infected by it. It simply displayed one line of text on their screen reading ‘I’m the Creeper, catch me if you can.’ In addition to being the first world virus, the Creeper can also claim to be the impetus for the world’s first antivirus program. Judging by some internet posts, the Creeper still seems to reside in a large portion of internet users’ brain.

Viruses get a bad rep may be because the publisher of the MacMag magazine decided to send out a more benevolent virus. Those affected by his virus had a simple message appear on their screen. After displaying the virus, the virus deleted itself from the host computer.

Viruses are bad enough but there is a special place in hell for those that are targeted at children. That’s just what the Pikachu virus did. The email message displayed an innocuous image of Pikachu with a link to the website to visit him. For the innocent children who clicked on the link, the virus then deleted critical system files from the computer’s hard drive. It did ask permission before doing so which is considerate than most viruses I guess

Dealing with viruses was bad enough but at least they were contained in personal computers. But that is until 2004 when the first Trojan horse was found to infect mobile phones. The virus disguised itself as the new version of the Macromedia flash player and targeted the Nokia handsets running the Symbian operating system. Once users downloaded and installed the program, the virus changed all the icons to skulls and bones. It even changed all the labels to skulls. The only way to cleanse the phone of the virus was to reset it to factory default, wiping out the user’s address book and any other file or data stored on the phone.

Viruses spread by email were hard to deal with but in 2010 a new virus was discovered that disguised itself as a music file. It then ran wild and infected between 20,000 and 50,000 computers through the use of popular music file-sharing networks. The virus then destroyed all the files on the machine and replaced their icons with a cute, red squid. The victims were not amused.

In 1999, David L. Smith created a virus based on the Microsoft Word macro. He named it after his favorite exotic dancer and spread via email. The message read ‘Here is that document you asked for, don’t show it to anybody else.’ When unsuspecting users opened the file, the virus replicated itself and sent it to the top 50 people in the users’ email address book. Who would get fooled by a virus like this? You may ask. Well, none other than the U.S Government. The increased email traffic from the virus became so great that the departments actually had to shut down their email system until the virus was contained.

These computer viruses were bizarre, to say the least. The infected computers/smartphones of all times and eras. Thankfully better antivirus programs were developed as technology progressed which helped us combat most of these viruses. However, if you need further assistance with getting your PC removed of harmful viruses, do contact Augusta Computer Experts for Virus Removal in Evans GA. 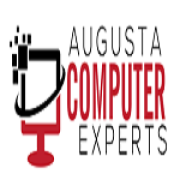 Why Replace Your Laptop When You Can Update or Repair it?

How To Determine & Prevent Tree Hazards?