Yoga is the ancient science of India and so are yoga mudra. The great yoga gurus of India have created this science with thousands of years of experience and difficult penance. This great tradition of yoga includes great ascetics like Gautama Buddha and Lord Mahavira.

But have you ever looked closely at Mahatma Buddha? The hands of Lord Buddha sitting in meditation are always in a special position. This position of hands is called mudra / hand pose in Yoga Science. In English these are called Mudras or Hand Gestures.

This sign language use of currencies is not only called yoga but also in meditation. Currencies are also used extensively in Indian dance traditions like North Indian Kathak or South Indian Kathakali, Mohiniattam, Bharatanatyam or Kuchipudi, Gotipua dance etc.

These postures made by folding the hands in different ways symbolize the yogi’s purpose. It is these postures that help the yogi to be ready for his purpose. These awaken the inner and dormant energy of the yogi’s body.

Detailed information about 399 yoga postures is given in ancient Indian texts and Vedas. But in this article, I will give you information about the 10 hand postures of yoga. You can take many benefits by using these postures during yoga and meditation.

The whole world has now accepted the importance of yoga. Perhaps this is the reason why, like acupressure and acupuncture, it is being included in alternative medicine system.

However, there is still no scientific evidence of the benefits of yoga. There is a similar situation for yoga postures, there is no concrete evidence regarding their effect on the body.

But Indian yogis have been claiming these benefits for thousands of years. Perhaps, science still needs to investigate the effect of yoga posture on the body with more studies or modern instruments.

However, scientists accept the fact that there are special points in certain parts of the body.

Science believes that, if mild pressure is applied to these particular points, problems such as restlessness, nervousness, hormone imbalance and even fibromyalgia can be relieved. Therapies such as acupressure and acupuncture are based on this science belief.

In yoga, there are basically two types of postures. Various finger tips are touched by the thumb in the construction of the mudra. The yoga pose created by the touch of different fingers has different effects on the body. While some yoga postures are also made by bending the wrist.

Some yoga postures also symbolize certain five elements in the body. In ancient belief, it is said that the creation of the body from the panchbhut. Yoga postures activate not only the body but also the mind by activating those special elements.

Among the five elements, the first element in the human body is considered as the air element. This human body symbolizes human intelligence, creative thinking and mental health. This element is related to the four Chakras of man i.e. Anahata.

The third element is considered the earth element. These elements control the external or physical structure of the body. This element has an effect on body tissues and bones. This element also helps in controlling odor in the body. The element of Earth is believed to be related to the first chakra Muladhara and the third chakra Manipur.

The fourth element of the body is called the fire element. These elements control the body’s growth, glands, metabolism and temperature. Earth and fire elements in the body are considered to be opposing each other. They also have their own energy cycles.

Water is considered to be the fifth and last element of the body. 70% of the human body is made up of water. This is the reason that the effect of water element is maximum on the body. This element affects the tissues, joints, skin, skin and taste. The water element is believed to be directly related to the second cycle of the body, Swadhisthana.

Objective: To attain enlightenment, its posture should also be practiced by those yogis who want to separate themselves from this material world.

Hand posture: Make the index finger of the hand touch with the thumb.

Hand pose: Touch the tip of the middle finger with the thumb. Do not practice for more than 30 minutes per day.

Purpose: to get relief from pain

Hand pose: Place the first tip of the middle finger on the base of the thumb and the thumb will be above the finger. Do not practice zero posture if you experience any kind of discomfort or pain.

Purpose: to increase strength or strength

Hand posture: Touch the ring finger with the thumb.

By the way, in yoga science more than 399 postures have been told. But for beginner or beginner yogis, the same major postures can be used. Before practicing yoga postures, advice should be sought from a qualified teacher or yoga teacher or you can join a yoga school in Rishikesh and learn everything about yoga and meditation under the guidance of profession yoga teachers. 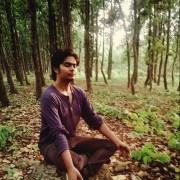 Why Has Homeopathy Become Popular so Quickly?

AdvancedMD EMR – Tips for Physician Before Choosing Any EMR

Birth Control Cause Depression: The Harsh Truth You Need to Know