Char Dham Yatra of Uttarakhand is one of the most iconic and ancient pilgrimages in India. The four main temples of Char Dham – Kedarnath, Badrinath, Gangotri and Yamunotri, form this circuit on the Garhwal Himalayas of Devbhoomi. Completing this Yatra is said to grant liberation from the karmic cycle of birth and rebirth or moksha. People from all over the world flock together to offer their prayer when the doors open up for 6 months during the holy day of Akshay Tritiya each year.

Being located in such scenic locations, these temples are surrounded by awesome places where sightseeing will be a one of a kind experience. If you are looking to explore some more places other than the temples then these are the 10 best places to visit during Char Dham Yatra of Uttarakhand:

Mana village is located at a distance of around 3 kms from the main temple of Badri Vishal. It is also a very popular destination among pilgrims visiting Badrinath because it is the last village of India on the Indo-Tibetan border near Mana Pass. This village is extremely beautiful and scenic which is also famous for being the resting place of the Pandavas while they were on their journey to heaven. Having a tea and Maggi break amidst the peaceful nature is something you can do after offering your prayer at the temple of Badri Vishal.

Rudraprayag is the place which marks the confluence point of the two holy rivers of Alaknanda and Mandakini. It is here that they meet and form the holy Ganga River that we know and worship. While travelling to Kedarnath or any of the other Char Dhams, you will get the opportunity to offer your prayer and Darshan at the Panch Prayags along the way. You can choose to go up to the confluence point, which is made reachable or you can just take pictures. No matter what you do, it will be a memorable experience.

As the name suggests, Surya Kund is a natural hot water spring that is situated very close to the temple of Yamunotri. It is naturally so hot that the water remains in boiling condition in this spring and the temple people or the pilgrims use it to cook potatoes and rice which is later on served as Prasadam. A section of this hot water spring is warded off for people to take a dip in it. It is advised, as a pilgrim, that you should cleanse yourself here before entering the main temple to offer your Darshan.

Mukhba or Mukhwas is a tiny holy village hamlet near Gangotri and is mainly famous for being the home to the winter seat of Ganga Maa. The village itself boasts of immaculate and pure Himalayan beauty. The main attraction here is the winter Char Dham temple of Gangotri which can be visited during the peak winter months when the surrounding areas and everything is covered in snow. It should be pointed out that the temple in Mukhba houses the Gangotri temple idol and you can even complete your Char Dham Yatra in winter by visiting this temple.

Ukhimath is another tiny pilgrim village hamlet which is located near Kedarnath. It is also mainly famous for its Omkareshwar temple which is the winter seat of Lord Kedar. The sleepy village springs to life when in winter season, after the closing of the temple, the triangular holy shrine of Lord Shiva is brought down to this temple for easy worshiping for the rest of the year. Along with the temple Ukhimath is also incredibly scenic and full of impeccable natural Himalayan beauty at its best.

If you want to add a hint of adventure to your spiritual trip, then a visit to Vasudhara Falls near Badrinath temple is a must. Located a couple of hours away from the main temple of Badrinath, this waterfall has some interesting legend attached to it. It is said that people with pure intentions and a good heart will be showered with the holy water of this waterfall while people who have darkness in their heart won’t be able to get wet in its waters. It kind of sounds kind of unbelievable but you can only find out once you plan a trip here!

The sweet little village hamlet of Kharsali is not just famous for its peak winter beauty but it is also home to the winter seat of Yamuna Mata. Shani Dev Temple is very old and is a sight to behold when the idol of goddess Yamuna is brought here amidst great celebrations. Surrounded by natural beauty this temple has a spiritual value of its own and is believed to be the oldest Shani Dev temple in India.

Gangotri is famous for a lot of known and unknown destinations. One of the must visit places near Gangotri is the iconic Surya kind waterfall which is situated just a couple of kilometers away from Gangotri temple. Legend has it that this place is the original and real place of birth of Ganga River and not Gaumukh glacier. Even the mythical Saraswati River is said to flow underground here. The waterfall looks surreal with naturally water eroded and sun baked rocks with water gushing through it.

By now you may already know that the Pandavas had visited Badrinath and Kedarnath while on a lookout for Lord Shiva. While crossing Badrinath, the brother and Draupadi had encountered a gap which all the brothers were able to cross with the exception of Draupadi. Bheem decided to help her out by picking up a piece of mountain rock and placing it in between the gap to close it and to make it easy for Draupadi to cross.

Gaurikund is the place where goddess Parvati is said to have meditated and performed various rituals in order to woo Lord Shiva to get married. A temple dedicated to her is built here. Not just that Gaurikund is also the starting point for the trekking trip up to the temple of Kedarnath. Apart from the temple and the obvious natural beauty you will also be able to relax in one of the numerous hot water springs found here. 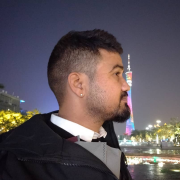 ABC is an amazing individual having no filter in her personality and has clearly proven that hard work pays off. She is such a super talented Travel Blogger who presents wonderful travel blogs for her readers and hence has become an inspiration to many of her followers. One can catch her on different social media platforms too like Facebook, Instagram, and very soon on YouTube as well.

5 Reasons Why You Should Visit Croatia In Summer

4 Problem One Solution for Your Shifting

May 10, 2022
Check Also
Close
Featured Posts
How to Choose the Best Stuff at a Wholesale Home Décor Store
December 2, 2022